On May 18, 2021, the seminar "Société et subjectivité. Transformations contemporaines", a round table between Canada, Italy and France, took place online. The debate took place around the homonymous book edited by Daniel Mercure and Marie-Pierre Bourdages-Sylvain, in the presence of the authors Guy Bajoit, Marina D'Amato and Jan Spurk with speeches by Monique Hirschhorn, Giuliano Compagno and by Paolo Quattrocchi.

Below, the report made by Edmondo Grassi, scientific secretary of the seminar.

In the panorama of social sciences, Canadian sociology has always played a leading role in predicting cultural changes and trends in the making within the body of the social, demonstrating the ability to observe and analyze, theoretical and empirical, values, myths and models of behavior through interdisciplinary and international perspectives. From studies on McLuhan's "global village", to the spread of symbolic interactionism and Goffman’s totalizing institutions, the Canadian academic has shown that it crosses scientific, social and territorial boundaries to conduct multi-cultural examinations.

In expanding this scenario, the Centro Studi Italia-Canada contributed to the dissemination of sociological knowledge through the seminar "Société et subjectivité. Transformations contemporaines", held online on May 18, 2021 from 3:00 pm to 4:30 pm, inaugurating the section of "Social Studies" with a panel discussion between Canada, Italy and France. The debate took place around the book of the same name edited by Daniel Mercure and Marie-Pierre Bourdages-Sylvain, in the presence of the authors Guy Bajoit, Marina D'Amato and Jan Spurk with speeches by Monique Hirschhorn, Giuliano Compagno and by Paolo Quattrocchi and by the scientific secretary Edmondo Grassi.

The central theme of the collective exchange was the reflection on contemporary forms of subjectivity, in a global model that is constantly changing and which in its digital branching and the hope of a collective intelligence brings to the surface a drift towards an increasingly marked individualization. How does one become a social individual in the global world? What balance is possible between reality and its representation? At the time of the internet, what changes have roles and statuses undergone? These are some of the questions that we tried to answer.

In the chorus of the multiple sociological perspectives adopted, Bajoit chooses the theory of action to expose how, in the current Western panorama, cultural models have undertaken a process of modification within the field of value principles and in that of the actions of the subject, especially in the field of activism, recognition of the freedom of expression of one's body and socialization in the issues of family and education; D'Amato retraces the key elements of the sociology of the imaginary and the value that the latter has for the definition and constant evolution of the individual, demonstrating how media productions and the different communication and entertainment tools are devices for edification of the subject, since these are environments in which models of behavior and collective myths are spread; Hirschhorn conducts a reflection on the impact that professional activity produces on the formation of citizenship and, according to an applied sociology approach, which are the peculiar elements that characterize the new collective roles; Mercure identifies in the relationship between institutions and the social subject a pivotal node for understanding the collective dynamics and regulatory processes that affect the interrelation between actors, casting doubt on the concept of freedom of choice; Spurk, resorting to critical sociology, demonstrates how a normative approach is a model that can be pursued in order to implement processes of social change without external standardizations / categorizations; Compagno and Grassi reflect on the interventions of the seminar, one on the poietic relationship between the arts and the individual, placing in the creative act a central element for the meditative and critical development of subjectivity, the other on the weight that technology, in its historical, anthropological and philosophical immanence plays in the progress of cultures and societies.

In the collective conclusions, the centrality of the individual emerges as a primary value of contemporaneity, self-proclaimed advocate of its own history and creator of practices, structures, institutions that are increasingly aimed at controlling every area of public and private life, considering however that the he current project of subjectivization is a withdrawal on the self but which, at the same time, cultural changes are declined aimed at an ever wider emancipation of collective rights and duties. 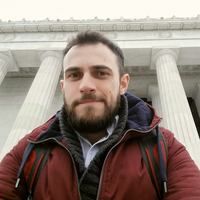 Edmondo Grassi teaches Sociology of Cultural and Communicative Processes and Sociology of Health in the Department of Human Sciences and Promotion of Quality of Life at the San Raffaele Telematic University. He collaborates with the Department of Education of the Roma Tre University for FAMI projects and the EduIA Laboratory. He earned his PhD with a thesis on “Ethics and Artificial Intelligence”. He is a member of the editorial board of Sociologie magazine (Edizioni Altravista) and of the educational series Education and Artificial Intelligence (RomaTrE-Press) and Sociological Attractions (Cleup). He deals with ethical changes produced by the use of technologies, their contemporary social applications and their imaginative projections, communication, postmodern identity and thought of complexity.

Don't want to miss the updates of the Centro Studi Italia-Canada?

Hemp and regulatory uncertainty The hemp industry is increasingly fertile in Europe. However, this industry continues to suffer from the lack of clarity ...